Hitting $139 million worldwide on it’s opening weekend, Uncharted is a new hit movie franchise for Sony as confirmed by Sony’s CEO Tom Rothman. Rothman raved about the success of the film in a company-wide e-mail though a sequel has not been officially announced.

As if having the 6th highest grossing film of all time wasn’t enough for Tom Holland, Uncharted gives the actor another big starring vehicle on the heels of Spider-Man: No Way Home.

Street-smart thief Nathan Drake (Tom Holland) is recruited by seasoned treasure hunter Victor “Sully” Sullivan (Mark Wahlberg) to recover a fortune lost by Ferdinand Magellan 500 years ago. What starts as a heist job for the duo becomes a globe-trotting, white-knuckle race to reach the prize before the ruthless Moncada (Antonio Banderas), who believes he and his family are the rightful heirs. If Nate and Sully can decipher the clues and solve one of the world’s oldest mysteries, they stand to find $5 billion in treasure and perhaps even Nate’s long-lost brother…but only if they can learn to work together.

Based on the video game series of the same name, Uncharted was in development for several years before it finally got a script and cast. Even with mixed reviews (most criticizing a lack of story for too much video game style action), I think we can expect at least one more treasure hunt in Holland’s future.

Uncharted was written by Rafe Judkins, Art Marcum, and Matt Holloway and directed by Ruben Fleischer. 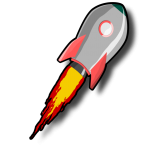