The last 2 Marvel shows on streaming service Netflix have gotten the axe ending their relationship with Marvel TV. The cancellation of Punisher and Jessica Jones follows that of Daredevil, Iron First, Luke Cage and The Defenders.

The third season of Jessica Jones wrapped production though has yet to air and no date has been set, but it will be the final season. Creator and showrunner Melissa Rosenberg had already excited the series for a deal at Warner Brothers TV.

Netflix began their partnership with Marvel in 2013 but when Marvel’s parent company Disney announced their own streaming service, Disney+ coming in late 2019, it seemed only a matter of time before the Netflix deal would unravel. Disney+ chairman Kevin Mayer has stated there is a possibility that the shows could be revived on the upcoming service.

Disney started removing its top content, including the MCU box office champs, from Netflix the end of last year. Once Disney+ launches, it is assumed it will be the only streaming service to carry both Disney and Marvel films.

Marvel’s new animated series MODOK, Howard the Duck, Hit-Monkey and Tigra & Dazzler – will be exclusive at Netflix’s current top competitor, Hulu, which also has the live-action Marvel series Runaways. Disney’s acquisition of 21st Century Fox’s assets means it will be the majority owner of Hulu once the deal is complete.

Netflix meanwhile is busily buying up licenses to turn into new original movies and series for their service including The Chronicles of Narnia, comic book properties from Mark Millar, and Roald Dahl’s Charlie and the Chocolate Factory. 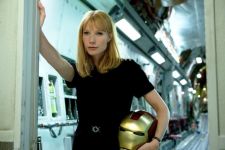