Okay, I admit it – I have a soft spot for White Wolf Games as they were frequent guests as the convention I ran in the 90s. Last year I finally got the 2004 Bloodlines game to run on my Windows 10 PC and enjoyed running thru it again – hadn’t played it in years. So when I just found out the game is finally getting a sequel next year, I pre-ordered it right away.

The first-person RPG is set years after the events of Bloodlines and is set in Seattle, WA instead of Los Angeles. Some familiar characters from the first story though will pop up giving it a nice continuity as you again play a fledgling vampire dealing with becoming a vampire and learning to use your new powers. The first trailer below has a similar vibe to the first game but with updated graphics of course.
h

Brian Mitsolda, designer and writer of the original Bloodlines game, is back on 2 as the lead narrative designer.

Vampire: The Masquerade Bloodlines 2 will be released for PC in the first quarter of 2020 and is available now for pre-order on Steam, the Epic Store, GOG, and Paradox’s store in 3 versions starting at $59.99 – Standard, Unsanctiioned, and with Season of the Wolf season pass. No console version has been announced yet. 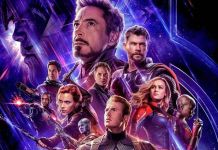