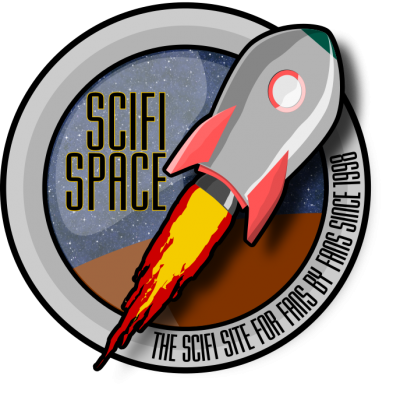 This website is partially modeled after one of my favorite things: a Science Fiction Convention! I love going to conventions. Some of the great things about sci-fi conventions is being able to talk to other fans, meeting some of the actors, authors and artists whose work we enjoy, browse the dealers room and art show, and just have FUN! !

Scifispace.com is really just me with editorial assistance from a small group of fellow sci-fi fans and friends. The “me” is:

About me: I’m an e-commerce entrepreneur, crazy cat (and dog!) lady, and scifi geek in Central Florida.

I’ve been a science fiction fan since I was 12 and founded the Orlando Chapter of Starfleet International (STAR TREK Club) when I first moved to Florida from New Jersey in 1981. The club started a sci-fi convention calledTachycon in 1983 which has taken on a life of it’s own though closed in 2000 when my then partner and I split. Scifispace.com began as the news and information section of TachyCon’s website when I first got onto the internet but became it’s own entity in March 1998.

My sci-fi interests lean towards Star Trek, Firefly, Babylon 5, Star Wars, etc., though I enjoy tons of stuff. I also am an avid reader (though don’t pay attention to authors much – I do like Anne McCaffrey and Chelsea Quinn Yarbro among others) and am also an illustrator just getting back into displaying at sci-fi conventions.

I’ve also been a video editing and animation instructor and a print production specialist. Currently, I own LABEShops, 21 online stores including Scifi-Collector.com. I also try to get to as many other conventions as possible and hope to meet you in person soon!

We were honored to be named in the extras on the DVD set for Firefly and won several awards over the years, including:

View Calendar
Scifispace.com has been providing science-fiction fans news, reviews, and fun since 1998. Our latest version offers a more social community with member forums, groups which includes collaboration to write fan-fic and your own stories, and so much more. Join us on our voyage of discovery of all things nerd, geek, and scifi.