Netflix has scored a major hit with its original series The Witcher based on the books topping it’s previous winner, Stranger Things, as the top-rated series on IMDB.

Set in a medieval fantasy world where magic and monsters are real, The Witcher follows the story of monster hunter Geralt of Rivia played by Henry Cavill. Geralt finds his destiny is linked to a sorceress, Yennefer of Vengerberg (Anya Chalotra) and Princess Cirilla (Freya Allan).

Based on The Last Wish and Sword of Destiny, a collection of short stories that actually precede the main Witcher saga, the first season explores the events that shape the three main characters prior to their first meeting each other.

The 8 episode original series is a great watch for fantasy lovers and debuted on December 20, 2019. Series 2 is already in the works. 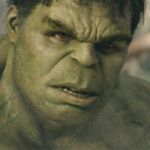