Not only is the Matt Reeves film earning the money, it is also earning mostly positive reviews.

Earning an average score of A- with audience goers, the film starring Robert Pattinson as the Caped Crusader is likely to become the WB’s next billion-dollar film. This is also the first WB film since the pandemic to be released exclusively to theaters signaling a strong return to the cinema.

With a run time of 2 hours and 56 minutes, it is also one of the longest superhero movies ever made limiting the amount of times per day a theater can screen it.

Being described favorably to fan favorite The Dark Knight, The Batman also has a darker tone and more adult themes than previous outings. This tone will probably continue in the sequels that will undoubtedly follow.

Find out more about this blockbuster film at the Official Batman Website. 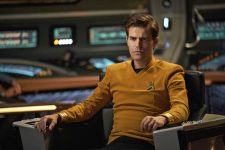