With the continued pandemic and theaters still mostly shut down, it is not a big surprise that Disney has decided to push back the release dates of a lot of major films, Black Widow included. Unfortunately, this will actually push back other MCU projects as well.

Black Widow was to hit theaters on November 6 which was already pushed back from its original May 2020 release thanks to the Covid-19 pandemic. Disney announced today that it will push it back further to May 7, 2021. They were rumored to be considering a Disney+ exclusive release which they recently did for their live-action Mulan film, also affected by the pandemic. While Mulan (streaming on Disney+ but requiring subscribers of the service to pay an additional $29.99 fee to view it & add it permanently to their digital library) caused a 68% increase in Disney+ subscribers, it is unlikely to make back its $200 million+ budget. They did avoid having to pay distribution fees but it is still unlikely to make what it might have in a traditional theatrical release. I am sure the Mulan experiment figured into the decision to hold Black Widow to a more traditional release.

Due to the interconnected storylines in the Marvel Cinematic Universe, Black Widow’s shift has caused additional MCU installments. Eternals, the film starring Angelina Jolie, Richard Madden, Gemma Chan and Kumail about a super-powered alien race, will shift to November 5, 2021 delayed from its February 12 original date. Shang Chi, Marvel’s first Asian-led film starring Simu Liu, has been moved from May 7, 2021 to July 9, 2021.

About 70% of theaters in North America did re-open (with limited seating and other precautions in place) in September, but attendance will undoubtedly remain down for the foreseeable future. Other Phase 4 MCU films have not been impacted as of now, but with the pandemic still a concern, we have yet to see it’s full effects. 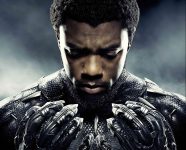