Those of us who enjoyed the 2 seasons of the supernatural series Constantine NBC gave us in 2014 starring Matt Ryan are happy to hear a new version is under development at the WB.

Constantine has been guest-starring on WB series since 2015 when his own show was canceled first on Arrowthen becoming a regular this season on Legends of Tomorrow.

Debuted in the DC Comic book Swamp Thing, Constantine is a magic wielding demon hunter often reluctantly dragged into the fight after feeling responsible for the death of a child during a botched ritual.

The WB released Constantine: City of Demons on the CW Seed streaming service, an animated new adventure with Ryan voicing his character. The success of that has apparently convinced the WB another series might have a chance.

No word on when this new series might be ready or if it will be a complete reboot of the original series or a continuation.

Writer: Daniel Cerone, David S. GoyerStars: Matt Ryan, Harold Perrineau, Charles HalfordSummary: A man struggling with his faith who is haunted by the sins of his past is suddenly thrust into the role of defending humanity from the gathering forces of darkness. 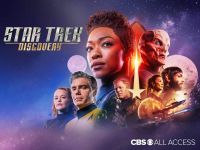