Yes, The Avengers: Endgame was an end – to the previous phases of Marvel movies. But you really didn’t think it was the end of the franchise, did you?

Kevin Feige, head of Marvel Studios, has been busily plotting the future of the franchise with current superheroes returning while new ones are due to be introduced not just on the big screen, but on streaming services including the upcoming Disney+. And of course, the recent studio mergers have brought more under the control of Marvel owned by Disney. While Disney and Sony argued over the fate of Spider-Man, which has now been resolved so the web-slinger can continue in the MCU, properties like the X-Men are coming back into the fold.

Speaking of X-Men, we can expect a total reboot following the dismal box office of Dark Phoenix, the last entry in the previous franchise offerings. Feige confirmed at Comic-Con that new Fantastic Four and X-Men movies are in the works, which might include future cross-overs into our current MCU world. While Marvel had previously sold the rights to both comics to Fox, Disney’s merger with Fox completed in March gives them rights to the characters which will allow them to be incorporated into the now huge and successful Marvel Cinematic Universe.

Here is a run-down of the MCU movies currently in the works:

The following films have been announced, but do not have release dates as yet so most likely will be 2022 and beyond: 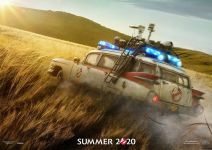